Like a little piece of Australia carved out of pure granite and shipped overseas to fair old Bristol town, Luke Morahan is rugby union’s and Bristol Bear’s answer to massive speed in a — well, frankly massive — package.

Weighing in at 96kg of pure muscle (that’s 15 stone 2lbs, or 211 pounds, Imperial measurement fans) and 6’2″ tall (188cm to European types), Mr. Morahan is the Bears’ most potent back line weapon. And like all good backs, he’s more than capable of putting the pedal down and reaching speeds a decent sprinter would be proud of. Termed a “utility back” by the pundits, he’s quite capable of playing anywhere from centre down the line as far as fullback, and here at Hybrid, we’re a little bit in awe of the Aussie’s footwork and ability to wrongfoot the opposition, seemingly at will.

It’s for all those reasons that we’re proud to put our name against Luke Morahan as his official sponsor this season. We’ve watched him rise with the Bears on their promotion from the Greene King IPA Championship (where he was last season’s leading try scorer) to the Gallagher Premiership in the 19-20 season.

In Luke’s first season he’s already been awarded the “Try of the Season” with an amazing solo run against the Leicester Tigers. We look forward to seeing similar fireworks throughout the rest of the season!

We tracked Luke down and asked him about the season so far, and what we can expect from him in the squad this year:

“What I bring to the Bears’ compelling 2019-20 team is a wealth of experience within the Bristol Bears’ style of play as well as high performance rugby in general.”

It’s that high performance play that’s absolutely transformed the Bears’ prospects since their promotion, and makes every visit to watch the team play guaranteed to produce jaw-dropping, quality rugby that’s the equal of any team in the world.

At Hybrid we make a habit of attending every Bears match we can, with the in-house rugby die-hards joined by staff that tag along , with — it has to be said — more of an eye on the bar and the fine musculatures on show, than on the rugby. But nevertheless, we continue to have some amazing nights and afternoons out at Bristol’s Ashton Gate stadium.

“We’ve had season tickets for the staff and supported Bristol Rugby through the tough years. Getting into the Prem has been massive for Bristol and everyone at Hybrid loves the Friday night lights at Ashton Gate. Emily Joyce from Bristol Sport (sister of Bears player Joe Joyce) worked at Hybrid for a number of years. When she contacted me to see if we were interested in sponsoring Luke we said we’d be delighted. He’s super talented, the top try scorer and an Aussie battler…the perfect fit for Hybrid.”

So here’s to Luke Morahan, proud bearer of his Wallabies caps and Hybrid’s name, too. Come on you Bears! 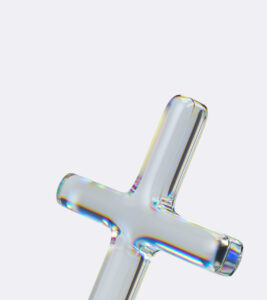